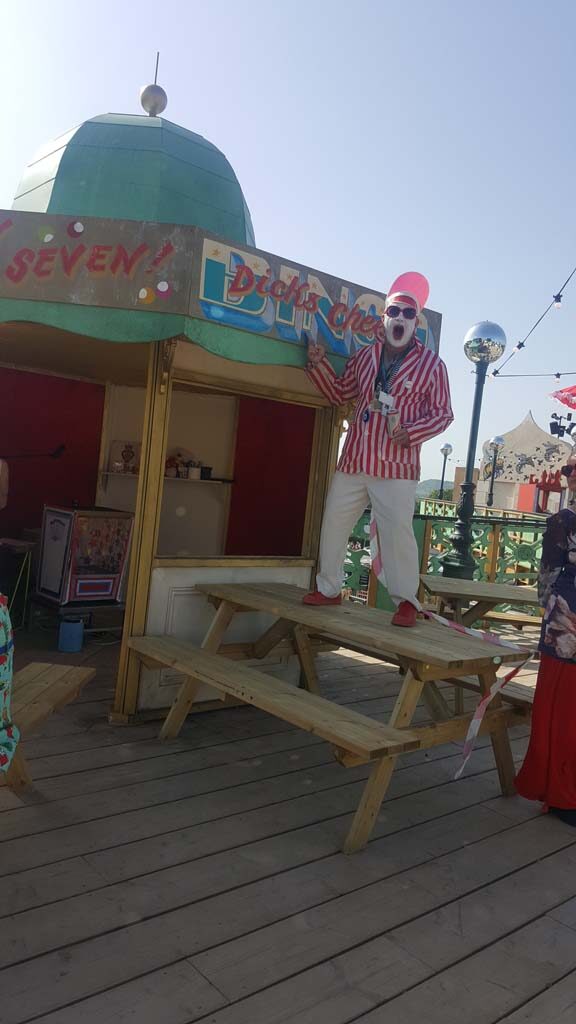 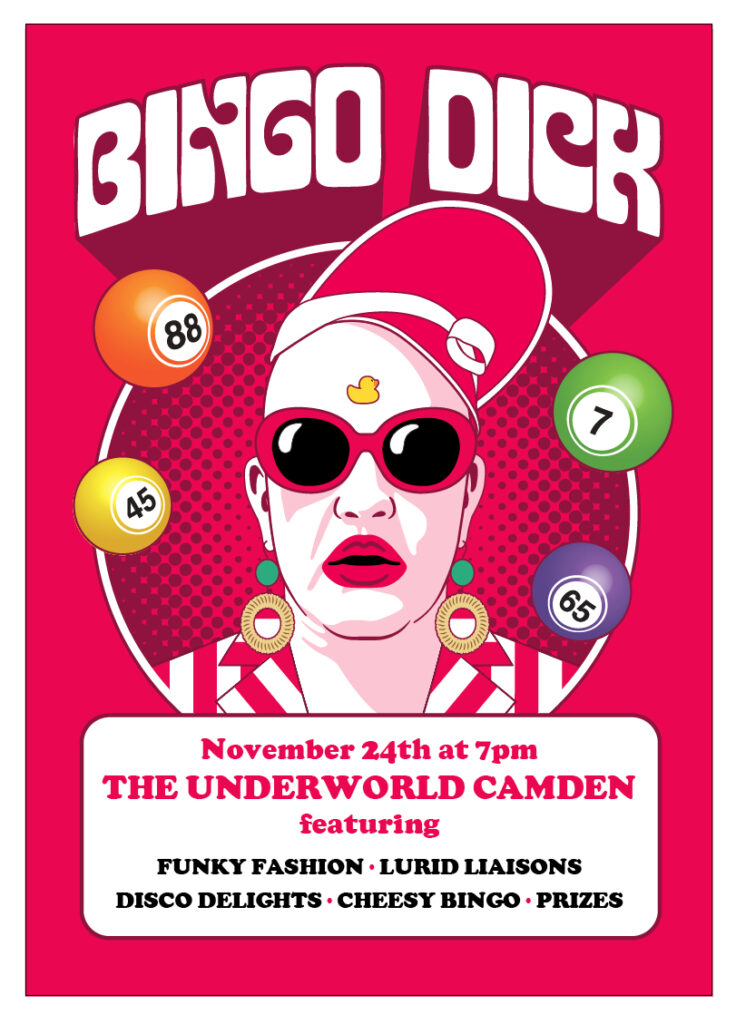 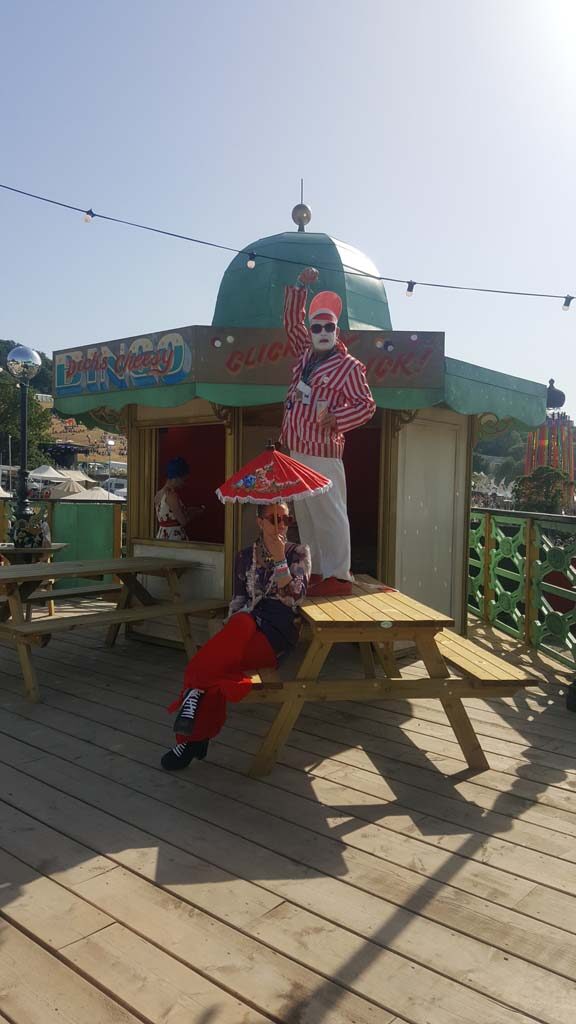 Speaking of nerve-wracking: Dick, the distinctive bingo caller from Dick’s Cheesy Bingo, his face painted entirely white, wears a red visor upside and has jelly snakes taped to his head. He admits it can sometimes be hard to convince punters to let their guard down. “We have to really force people to sit down,” he says. “I don’t know why. I don’t know if there’s anything off-putting about my calling.” It’s worth getting stuck in, though, as winners take home a rosette that declares: “I’m a Glastonbury winner.” Only a thousand have been made, and there are 200,000 ticket holders at Glastonbury. “So it’s very coveted,” Dick insists. “When they understand what they’re playing for, they flock to us like moths around a lightbulb.”

Asked what he thinks is so essentially ‘Glastonbury’ about the pier, he replies: “There’s real finesse. There aren’t many things that they’ve missed off the pier. It’s about the attention to detail and the spirit.”

Well-spoken Dick has a real passion for piers, and waxes lyrical about their appeal: “Blackpool has three piers. People used to block to those piers from their dull lives and come to the pier and have a wonderful, wonderful time.

For him, there are parallels between piers and Glastonbury: “There are two things I really love – Glastonbury and carnivals. It gets people together having a good time. Under the sunset sky in the Field of Avalon [the area in which The Healing Fields and Glastonbury-On-Sea are set], Michael [Eavis] has a really great vision of what Glastonbury should be. He went through some tough years and look at it.